HIV and the kidney

HIV may affect the kidney directly, as may other infections that people with HIV sustain, including Hepatitis viruses and bacterial and other infections.  The components of anti-HIV therapy (HAART, Highly Active Anti-Retroviral Therapy) may be nephrotoxic.  Reduced GFR is more common in patients with HIV infection, but this is may not be directly related to the HIV virus, but contributed to by the increased prevalence of features of the metabolic syndrome (diabetes, hypertension and dyslipidaemia) that is seen with HAART.

Classic HIV nephropathy is a ‘collapsing’ type of FSGS that occurs almost exclusively in those with black African ancestry.  This susceptibility has been linked to an allele of the ApoL1 gene, which seems to be positively selected for in Africa because it gives protection against Leishmaniasis.  HIV-associated FSGS typically presents with proteinuria, nephrotic syndrome and progressive renal impairment.  It is a feature of advanced HIV infection with high viral load and low CD4 count, but it is commonly a presenting feature of HIV infection.  The nephropathy appears to respond to HAART if treated early, but often causes ESRF.  ACE inhibitors and blood pressure control are as important as they are in all glomerular diseases.

Other glomerulopathies of diverse types have an increased in incidence in HIV infection, and are a more common diagnosis in non-black races.  These are often associated with immune deposits and where they do not clearly fall into a clear other diagnostic category they may be termed HIVICK, HIV Immune Complex Kidney disease.  This may be related to infection with HIV itself or to coinfection with other organisms, while some may be autoimmune in etiology.  HAART is a logical response in addition to ACE inhibition and blood pressure control.

Drug effects –  several anti-HIV drugs are known to be nephrotoxic.  Indinavir is prone to form crystals, and acute crystalluria can cause acute renal failure.  Tenofivir and others are associated with interstitial renal disease, and tenofivir may cause damage to proximal tubules leading to renal Fanconi syndrome (low phosphate caused by phosphaturia, along with glycosuria with normal blood sugar, and amino aciduria). 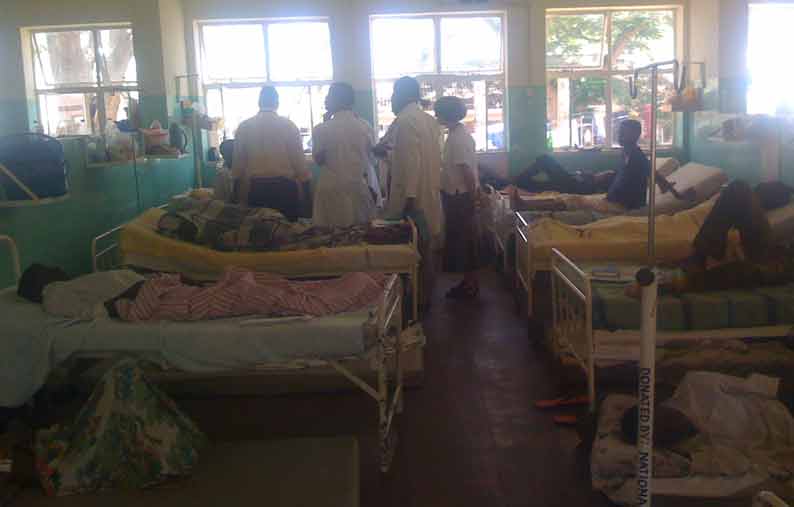 Patients in low-resource environments with HIV often have reduced GFR and are at risk of incorrect dosing of all drugs, and of side effects with some anti-HIV drugs.  Multiple drugs for HIV as well as for other infections such as TB increase the likelihood of drug interactions and toxicity.

Renal replacement therapy by dialysis and/or transplantation can be successful in patients in whom HAART has successfully lowered viral titres and allowed recovery of CD4 counts.